Outlook: Energies are trading significantly higher to start the morning following reports that Russia has invaded Ukraine. WTI manage to trade above $100 early this morning but has since retreated to $97. Russia represents a large energy presence in global trade and the market will look to price in a potential oil embargo of the country. Reports that oil tankers are already avoiding extracting crude from the country in anticipation of sanctions means disruption to the market is already taking place. President Putin announced the “special military operation” will aim to demilitarize Ukraine and replace its leaders. The EIA will release inventory data this morning, however, fundamentals will likely be of little importance today. The API surveyed showed a crude build of nearly 6 million barrels, while the Reuters poll is suggesting an 800,000 build in crude stocks.

Continuous Daily WTI: We’ve talked about crude trading between $90-$95 while two key market drivers continued in a tug-of-war and today that has ended. The Russian invasion sent a spark to the market and pushed crude to a new contract high of $100.54. 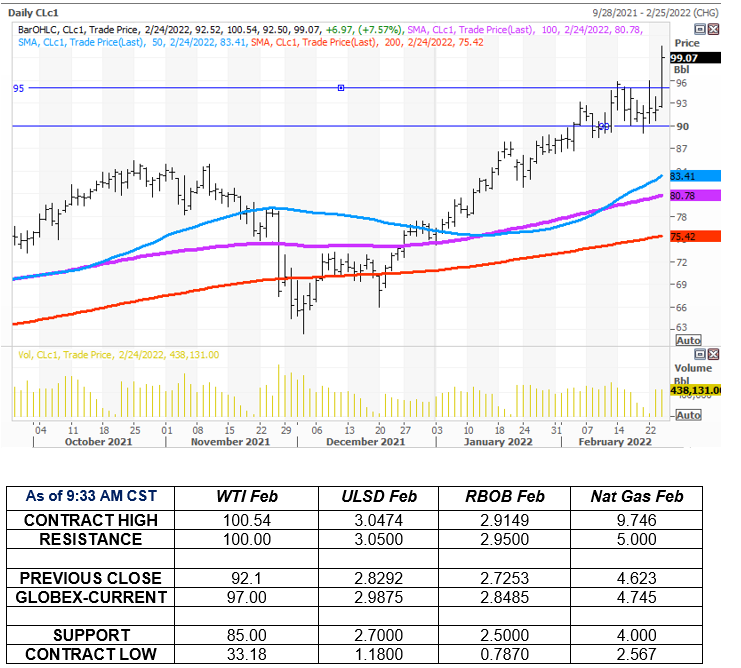