Outlook: Energies are seeing losses across the board today as the market tries to find its bearings after yesterday’s volatility. While the Russian invasion continues, US sanctions excluded energy which helped bring markets down significantly from their highs. President Putin also said he is willing to send a delegation for peace talks which aided the downside movement. If sanctions continue to exclude energies, we may not see much of a supply disruption to the market and the reversal in prices yesterday showed that. The Iran nuclear deal has taken a backseat this week but will likely resurface next week following up on reports that the finish line was in sight. OPEC+ will meet on March 2nd and is expected to maintain its 400,000-bpd growth target.

US Strategic Petroleum Reserve: The US is willing to release additional SPR barrels if the Russia/Ukraine conflict impacts supply and prices. The recent pullback after sanctions excluded energy may deter them drawing from the already depleted emergency reserve. 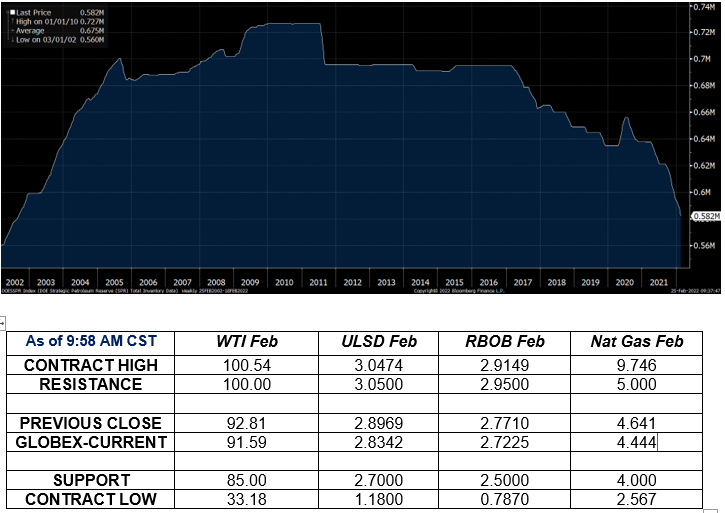