Outlook: Energies are extending their run this morning as new contract highs have been established for oil and products. The Russia/Ukraine war continues to escalate with shellings targeting civilian areas. Ukraine’s ambassador reported to the US that Russia used a vacuum bomb, which is a bomb that uses surrounding air to generate a longer-lasting explosion than conventional explosives. These bombs are prohibited by the Geneva Convention. Sanctions continue to escalate, and while oil isn’t directly sanctioned, it is being indirectly affected. The Russian Ural is reportedly at an $11 discount to Brent crude due to payment disruption and port closures. The IEA is meeting this morning to discuss supply and a possible global SPR release in an attempt to relieve markets.

Continuous Daily WTI: Crude has managed to break through $100 once again as the war escalates. We previously broke the 100-dollar resistance after news that the invasion began but the market quickly retreated. Today the market is establishing new contract highs and pushing well beyond its resistance. 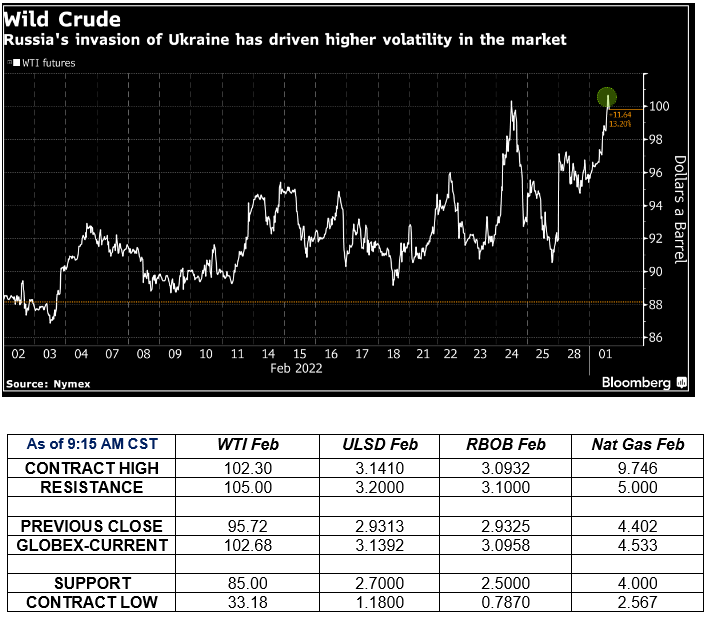