Outlook: Energies are moving higher today as they look to cap off a historic week. We said last week that if Russia invaded or an Iran deal was struck, the market could surge in either direction and it finally came to fruition. Oil and products look to post nearly 20% weekly gains across the board as concerns over supply disruption rippled through the already fragile market. Volatility in the market is expected to continue with Russia advancing through Ukraine. Outside nations are scrambling to find barrels to replace any disruption to Russia’s 5-million-barrel export market but there is no easy fix. The Iran nuclear deal could provide a quick boost to supplies however progress appears to be at a standstill. Saudi Arabia and the UAE have said they will not use their spare capacity to boost production and will continue to comply with OPEC regulations. The global SPR release will provide 2 million bpd for 30 days in an attempt to cool down the market.

Brent Weekly Range: Brent crude saw its widest swing since it began trading in 1988 this week as it edges the 2008 financial crisis. Brent crude currently trades at $114.10 and a $5.80 premium to WTI for May. JP Morgan stated Brent could reach $185 by year-end if disruption persists. 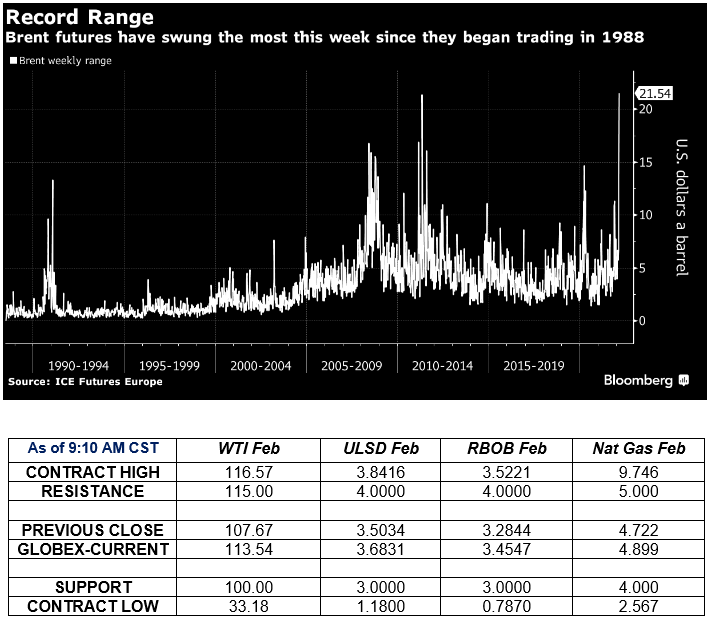