Outlook: Energies are trading higher yet again this morning. This follows a gap up as news yesterday indicated that the US and other European countries were weighing energy sanctions including oil on Russia. OPEC+ continues to struggle to produce the goals it has set for itself as Libya is forced to shut down large amounts of production. Iran and the US continue to try and work out a deal, but there are still several obstacles to overcome at this point. The market continues to see large swings in price about any news that surfaces about Ukraine or possible sanctions being placed.

Daily Brent Crude: With yesterday’s gap the market has moved into eyesight of the all-time high back in 2008. The move higher has been significantly quicker than in 2008, but that is what we can expect as a war that involves the second-largest oil producer and global production lags behind global demand. This market will continue to see high amounts of volatility as the situation in Ukraine develops and OPEC+ gives updates in regard to their production. 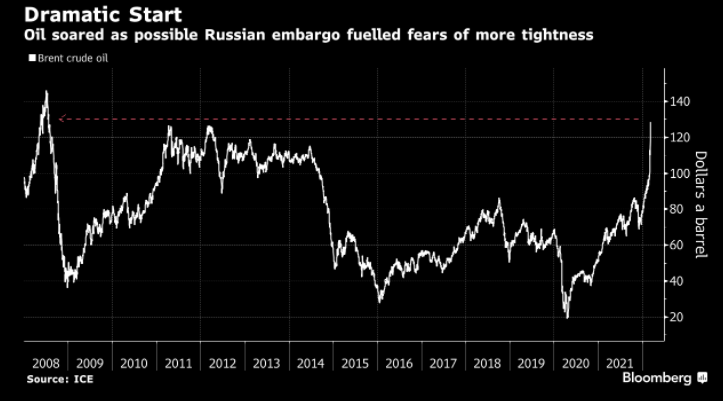