Outlook: Energies are moving sharply higher today with ULSD and RBOB at all-time highs in the nearby contracts. The US is expected to announce a ban on Russian oil imports this morning, while some of its European allies still work towards a plan to follow suit. The US will look to replace the ~400,000 bpd it has recently been importing from Russia in order to gain control of surging prices. The US may look to Mexico and Canada for supply but there is also growing pressure to increase production domestically. The IEA has said they may push for another global SPR release if prices continue to climb. Reuters is calling for inventory draws across the board for last week and previous SPR releases domestically have provided little price relief.

Retail Gas Prices: Prices at the pump have officially hit all-time highs as prices continue to surge over geopolitical conflict and supply disruptions. Rising fuel prices contribute to higher inflation which can put pressure on consumer spending across all sectors. 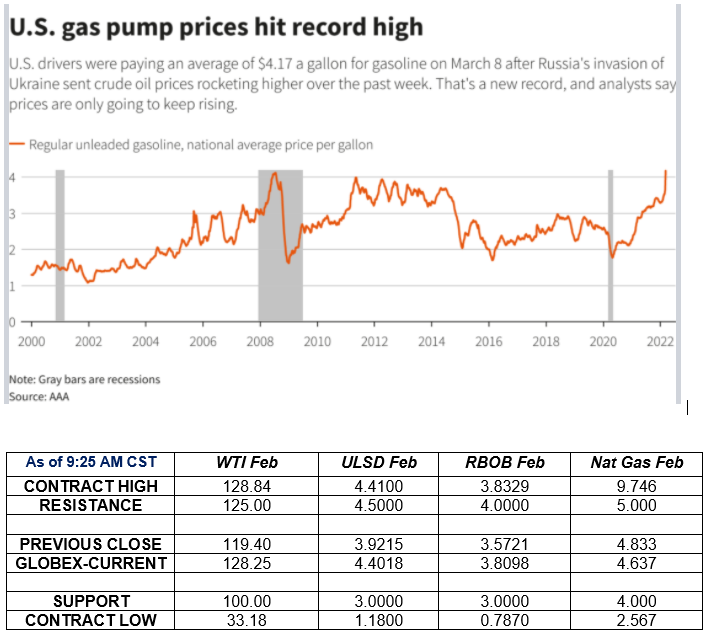