Outlook: Energies are rebounding this morning after yesterday’s significant selloff. The UAE backtracked on its comments yesterday about raising production and continues to support OPEC’s production targets. While they will comply with OPEC, they said they would be in support of increasing production if necessary. President Zelenskyy made comments about Ukraine’s willingness to negotiate to end the war, however, no concessions were presented by either side. The market remains hypersensitive to any comments that could influence the supply. Market fundamentals continue to show a tightening market with the EIA reporting a net petroleum draw of 10.6 million barrels for last week. Rising energy prices continue to fuel inflation with the CPI hitting a multi-decade high of 7.9%

Brent Intraday Range: In two of the four trading sessions this week Brent crude has swung by the most on record. In normal times, a 5-dollar swing would be considered extreme, but they’re now considered a slow day in a market seeing double-digit swings. 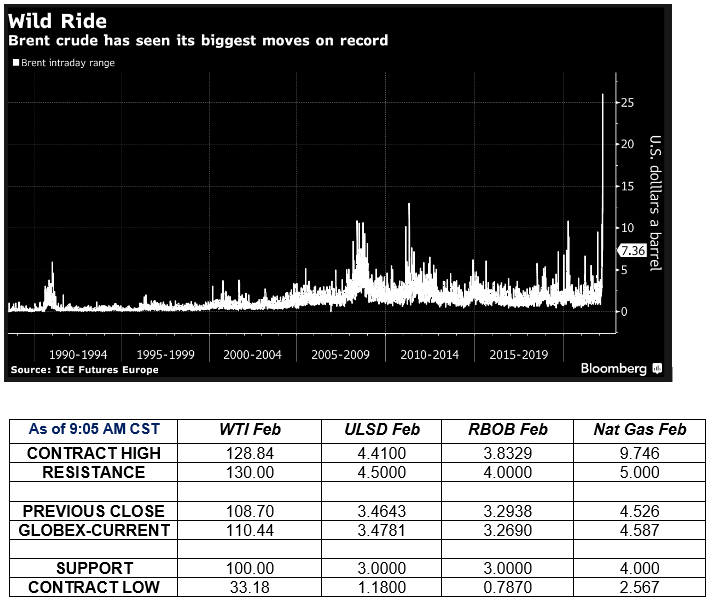