Outlook: Energies are trading higher today but ultimately are on pace to settle for a weekly loss. It’s been a historic week for energies across the board with unprecedented volatility. Gas and diesel prices across the country are at record levels and crude traded at levels not seen since 2008 to start the week off. The market has pulled back significantly from its weekly highs but struggles to find firm ground to stand on with volatile swings daily. Supply disruption is the measure the market is looking to establish with countries like the US banning imports while others continue to buy Russian oil. We’re also seeing declining open interest as traders continue to liquidate and sit on the sideline with risk at an all-time high. The effects of the war will continue to provide unpredictable market conditions.

Russian Revenue vs Sanctions: Russia relies heavily on exports and specifically energy exports to fuel its economy. War is expensive and sanctions imposed on the country likely have a significant impact on the military budget. The Ruble has collapsed under the trade surplus and the repercussions of war will likely be long-lasting. 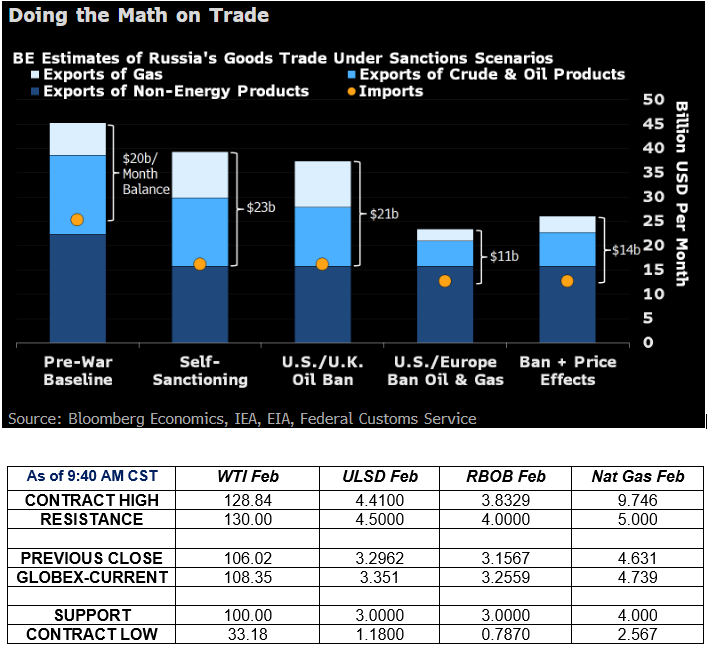