Outlook: Energies are looking for direction to start the day after coming down from their highs in the overnight. There is very little fresh news in the headlines for the market to digest. The talks between Russia and Ukraine have accomplished nothing following multiple reports that progress was being made earlier in the week. The Iran nuclear deal which stalled last week has not made an appearance this week with no date set for meetings to resume. As time goes on, it will become clearer how much supply disruption is occurring due to sanctions against Russia. There is no clear path as to where those barrels will be replaced, and an extremely tight and volatile market will likely continue.

Oil Volatility: Volatility across commodities as a whole continues however energy has been a leader in price swings. WTI trading in a $16 a barrel range this week while Brent crude has moved by more than $5 a barrel in each of the last 16 sessions. 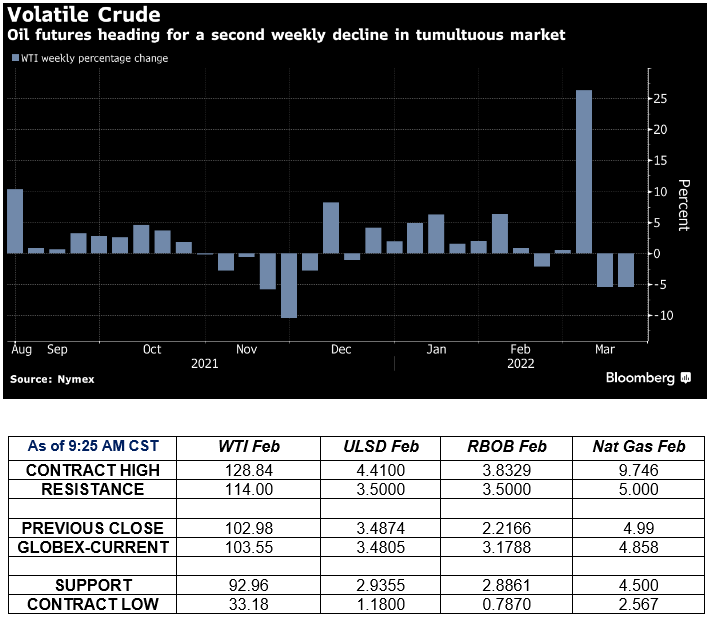