Outlook: Energies are seeing slight losses to start the morning following a three-day surge. There’s continued commentary around the European Union and an embargo of Russian oil however, multiple countries have spoken against the sanction stating a recession would be imminent. Currently, Russian oil is finding its way to the market as countries like India are taking advantage of this hefty discount. Reports are that Russian cargoes are being sold at a $20-$30 discount to Brent crude. OPEC is already receiving pressure to produce more oil with prices continuing to climb, but a full Russian oil embargo would greatly increase the need for more barrels to the market to prevent price levels that could result in recessions. On the US side of energy, Reuters is calling for another net draw of petroleum products as inventories remain tight across the board.

EU Oil Embargo: Germany is a member of the EU that has opposed an oil embargo and the chart below illustrates why. Germany’s Schwedt and Leuna refineries process 500,000 bpd of crude which mostly originates from Russia. Schwedt alone supplies 90% of gas, jet fuel, and diesel consumed in Berlin and Brandenburg according to the refinery website. 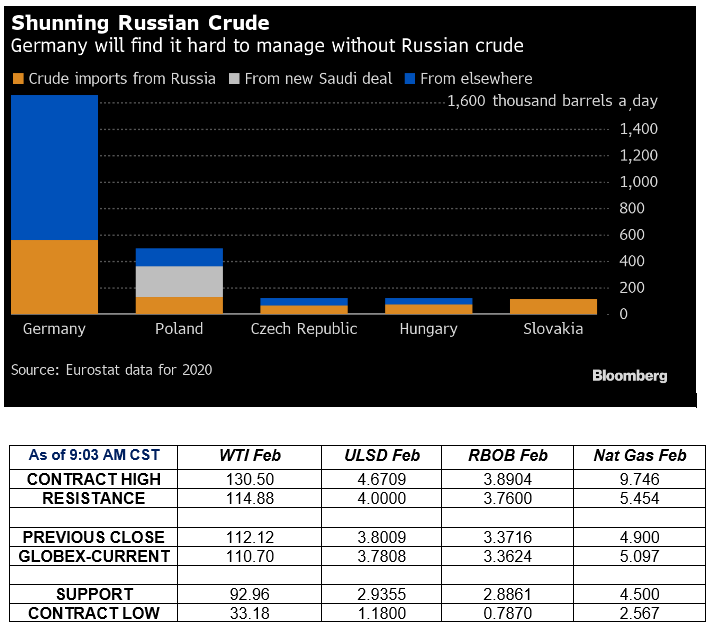