Outlook: The energy markets are trading higher this morning on the speculation that more sanctions are coming against Russia. Further supply issues are also providing support as well. The EIA report is expected to see further draws today in the 9:30 CST report. Russian Ural crude continues to trade at a $31 discount to Brent. Several Countries have stated they are willing to take the discounted crude, but it is unclear if the logistics will all work out. In the meantime, Russian Refineries and wells are having to slow production due to a lack of storage and exports.

Crude Inventories Vs Price: As we have seen continued draws from reserves and storage we have seen an increase in futures price. With the lack of production and returning demand reserves have been depleted to levels not seen since 2002. 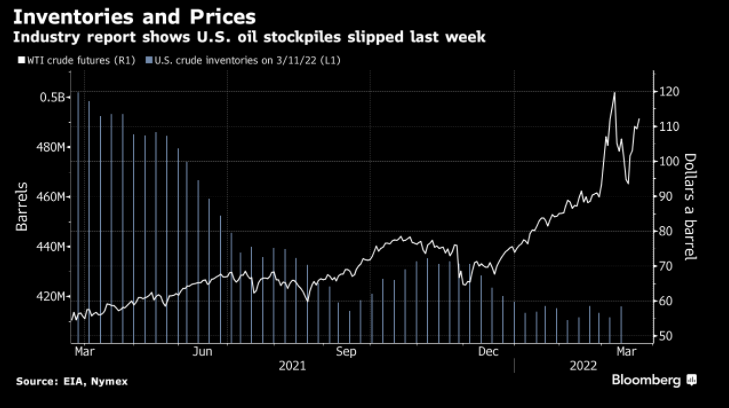