Energies Down Sharp to Start the Week

Outlook: Energies are trading much lower this morning as news of lockdowns in Shanghai circulates. There continue to be peace talks between Ukraine and Russia, but there has yet to be much progress made. Until we see significant news in the way of a ceasefire or peace agreement then we can expect the war premium to remain in the market. Volume and open interest are low again this week as speculators continue to pull out of the volatile marketplace.

Dailey WTI Crude: Today’s big move has broken lower out of the slight recovery trend from last week. Today’s current price is still higher than the 50, 100, and 200-day averages.  There are not a large number of trades taking place and open interest is also low making large swing like we see very possible. 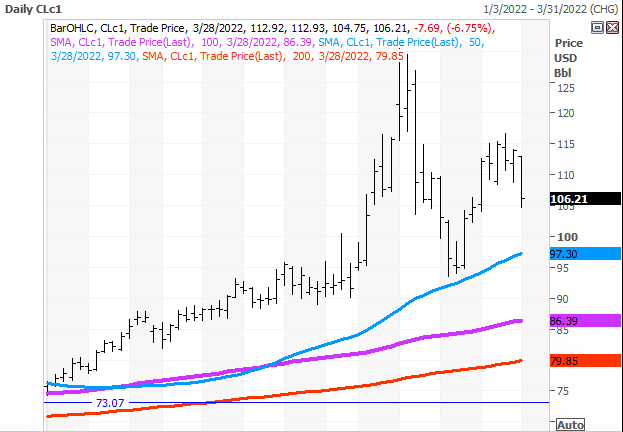