Outlook: The energy complex bounced off of the lows yesterday and we are seeing a continuation today as all major energies are posting gains. Russia has not left the areas they said they would and continue to shell cities in the Kyiv area. We are starting to see a pattern where peace talks look productive and the market falls. As soon as it appears that there is not an imminent peace deal the market moves back higher. This trend could continue until a real peace deal is signed and agreed to by both sides. The EIA will release its inventory report this morning at 9:30CST

Volatility: The last five weeks have seen 23 intraday moves of $5 or more. The last ten years combined have 23 days with those types of swings. As we move forward volatility looks to persist and continue on until the conflict in Ukraine is resolved. 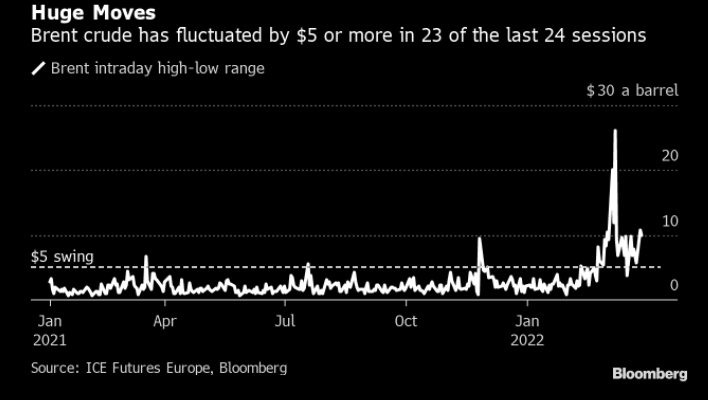