Outlook: Energies are falling today but are on track for their 4th consecutive monthly gain. Crude is down over 4 dollars today following reports that the US may release 180 million barrels from the SPR over 6 months. The release is a response to rising inflation and supply shortages stemming from the Russia/Ukraine war. OPEC+ met this morning and agreed to move forward with their modest 432,000-barrel production increase for May. The group continues to express concern that short-term excessive supply boosts could have damaging effects on the oil market long term. OPEC has also removed the IEA from its panel of trusted sources criticizing their data for being inaccurate on several occasions. The world continues to scramble to put new oil in the marketplace while Reuters estimates supply disruptions are approaching 5-6 million bpd due to sanctions, conflicts, and infrastructure failures.

US Strategic Petroleum Reserve: The US is considering a 1 million bpd release of the SPR for 6 months totaling 180 million barrels. This would be the largest draw in the SPR in its history and would set us back to levels last seen in the 80s. 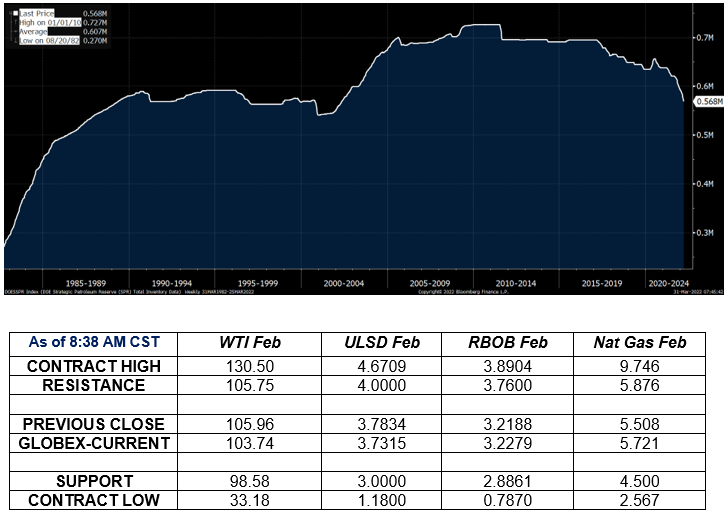