Outlook: Energies are looking for direction this morning as they attempt to assess the overall supply outlook with temporary barrels assisting the market in the near term. The US SPR release along with the estimated IEA release will provide around 1.2 million bpd to the market over a 6-month period. However, many estimates regarding Russian supply disruption come in around 2-3 million bpd which still leaves us with a significant deficit. OPEC+ is trying to ramp up production by 400,000 bpd but have seen continued struggles maintaining compliance.  A US SPR release of this magnitude would lead us to believe the war and sanctions are here to stay long term. The question will be where we go after the 6-month release ends which will have depleted the US SPR by over 30%. US production increased for the first time in 6 weeks by 100,000 bpd last week but still lags behind the slowly growing rig count. There is a lot of uncertainty in the energy market moving forward and we expect the high volatility to continue.

Daily WTI: Crude is on pace for its largest weekly loss in 2 years. Continued bearish pressure has WTI testing the 50-day moving average and trendline support. A close below these support levels could bring $95 into play. 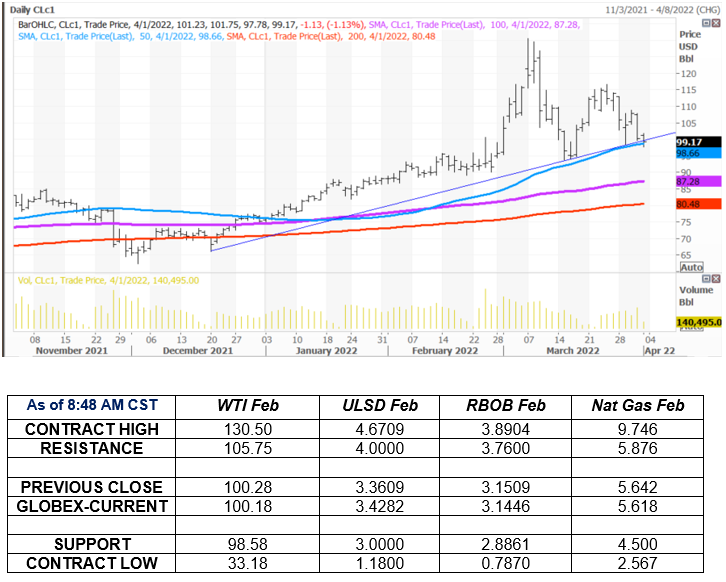