Outlook: The energy complex is trading higher this morning as it bounces back from losses late last week. Geopolitical tensions are rising yet again as Russia has not scaled back its invasion and in many ways has increased in brutality. There was a fuel depot destroyed in Russia by Ukrainian forces last week. In response, Russia bombed a refinery and storage facility in Odesa.  The United States has accused Russia of using its drawback as an opportunity to regroup and attack in different locations across Ukraine.

Crude Backwardation: As the White House announced SPR draws the nearby market took a hit and the deferred moved higher. The loss of backup supply has traders concerned about long term access especially if production cannot meet demand. An SPR draw is being viewed as a short-term fix to a long-term problem. Last week we saw a $39 backwardation, today we are seeing $31. 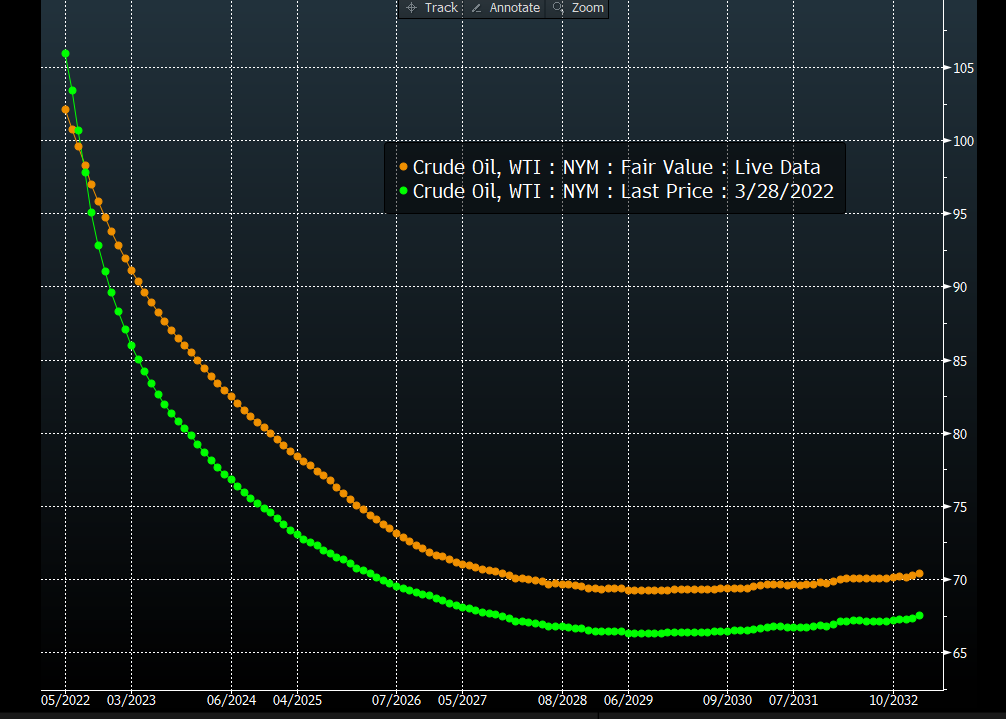