Outlook: Energies are off to another slow start today with a lack of market-moving headlines. The US and EU announced another round of financial sanctions against Russia. The EU once again did not target energies, but they do plan to phase out coal imports. With the markets trading higher today despite the EU leaving energy out of sanctions, it appears there’s little faith that a European energy embargo is likely short-term. Traders also are keying in on analysts’ predictions of a 5 million bpd global deficit due to the war and the headline effect of SPR releases has been short-lived. The IEA and US gasoline consulting services are projecting a reduction in US gas demand because of sustained elevated prices. Demand has been resilient thus far, but a bullish outlook may slowly persuade consumers to seek alternatives.

Daily NG: Natural gas has seen a late-season rally as cooler temps continue to linger around. Drawdowns on inventories during periods where builds are anticipated can have an elevated effect on prices. Nearly NG is up over 30 cents today. 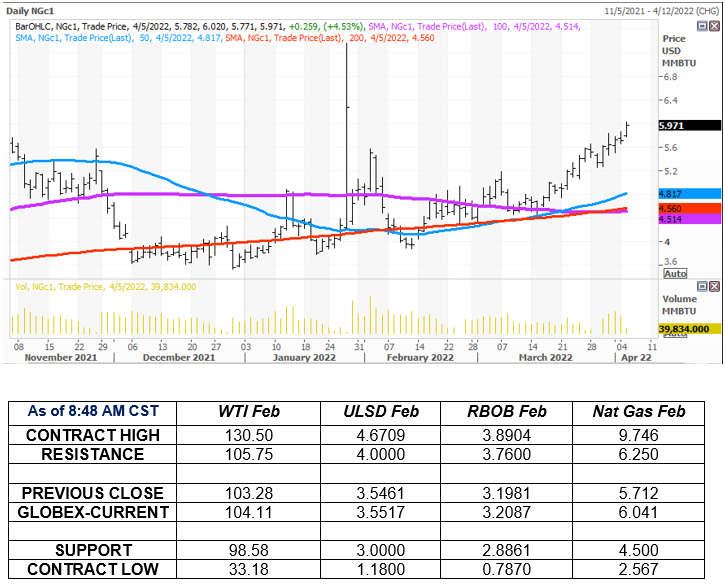