Outlook: Energies are seeing a subtle rebound following yesterday’s selloff. A larger than expected release of global SPR by the IEA combined with a bearish EIA inventory report helped push markets through nearby technical support levels. Overall, the market has taken a bearish tone with the temporary supply relief however the long-term outlook remains bullish. If Russian production continues to show signs of retreat, it will signal greater demand for oil to be replaced in its absence. OPEC members Saudi Arabia and the UAE combined with Iran re-entering the market could replace 92% of Russian barrels consumed globally according to BNEF. While it seems close on paper, this would erase a large portion of OPEC’s spare capacity and leave little room for additional supply disruption. This also does not account for growing global demand which was putting pressure on supply prior to the war. Additional investment in energy production will be a key factor globally for the long-term outlook, and producers will need reassurances that they will continue to have a place in the market.

Daily CL: After a bearish news day yesterday, crude managed to settle below the 50-day moving average for the first time since early January. Continued trade below this level could signal a change in the current market trend. 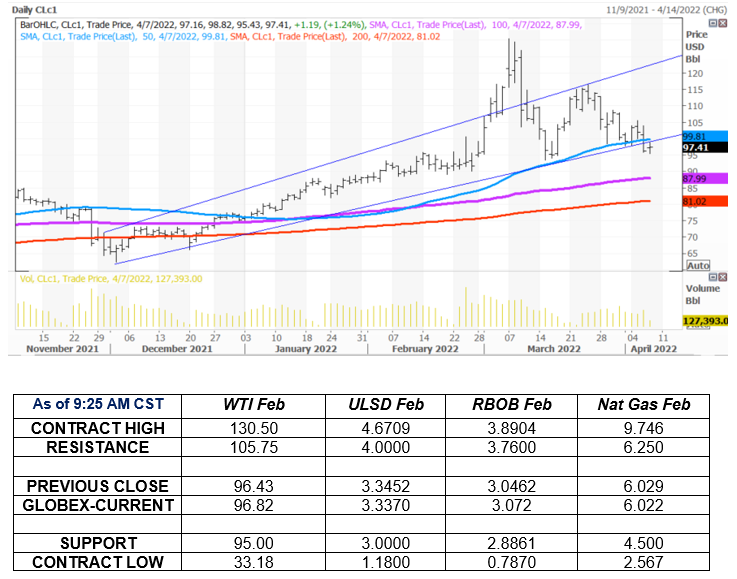