Outlook: Energies are looking for direction this morning but are on pace for their second consecutive weekly loss. A bearish tone has taken control over the marketplace despite the war and supply disruption occurring from it. There are reports that Russia is staged for another full-scale attack on eastern Ukraine which could bring on more sanctions. However, as long as sanctions don’t include energy, they will continue to have a lesser influence on energy prices. China’s covid lockdown continues to be extended and we’re seeing a significant impact to demand. This loss of demand coupled with 1.3 million bpd of global SPR relief has helped pressure markets and has crude trading below its 50-day moving average for the first week since early January. The SPR release will provide short-term relief, but the long-term outlook remains bullish. We are seeing some of the backwardations for crude and products work towards a flatter tone following the downward pressure in the nearby months. 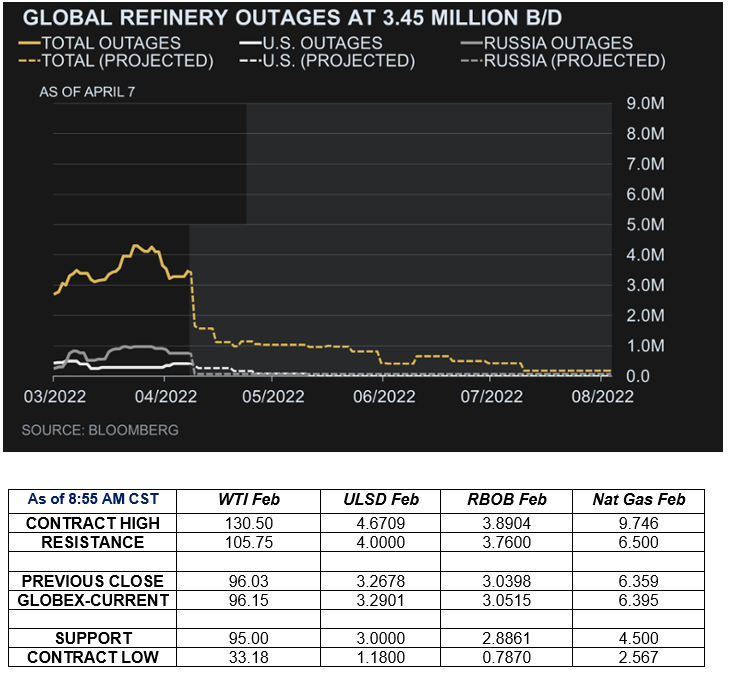