Outlook: Energies are higher today, erasing the losses that were seen yesterday. Reports that Shanghai is loosening lockdowns have halted the downward momentum. OPEC remains bullish for Chinese demand by the end of 2022 but dropped its estimate to a 3.9% growth rate. OPEC reported their members produced an additional 57,000 bpd in March, falling short of their 400,000 bpd target. While OPEC struggles to meet targets, the US hopes to track towards 12 million bpd of production by June with their recent growth to 11.8 million barrels. US rig counts have been steadily increasing but it takes around a year for a newly added rig to begin producing oil which is why we’ve seen US production lag behind. Crude is up 5% today and looks to test $100 where it will find resistance reinforced by the 50-day moving average at $100.39.

Gas Prices: Gas prices continue to fall with the energy markets seeing a bearish turn. Prices should find additional relief for those that wish to use the cheaper E15 gas which the White House waivered for summer sales. On average the product is 10 cents cheaper and currently offered at 2,300 stations in the country. 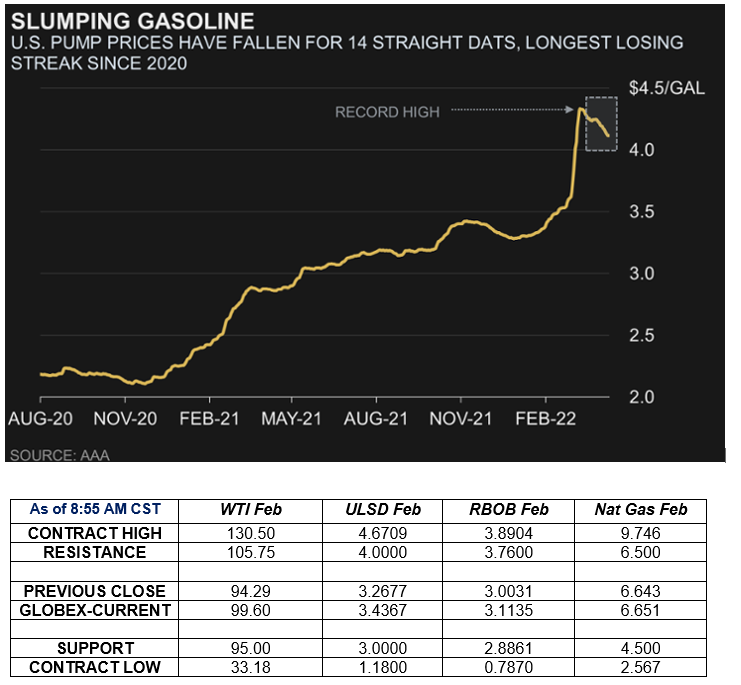