Outlook: Energies are looking for direction today over thin trade ahead of the Holiday weekend. Crude has traded below some key support levels to start off April but has returned above $100 with the rally this week. The market continues to digest estimates of supply disruption against SPR releases and production increases. Despite the bearish dips recently, the market trend appears to remain bullish. Tightening product inventories and a decline in refinery rates last week overshadowed the large build in crude inventories. There’s also a question as to how the market will accept crude builds knowing that it’s funded by the SPR.  With OPEC struggling to meet modest production increases and the US failing to increase production at a pace to meet demand, further investment in energy appears to be necessary for a trend reversal in the absence of Russian barrels.

Oil Demand Forecast: All three agencies have reduced their oil demand forecast for 2022 mostly in reaction to the recent covid wave that has locked down China. Reduced demand estimates can put bearish pressure on the market and currently offset a portion of oil output lost from Russia. 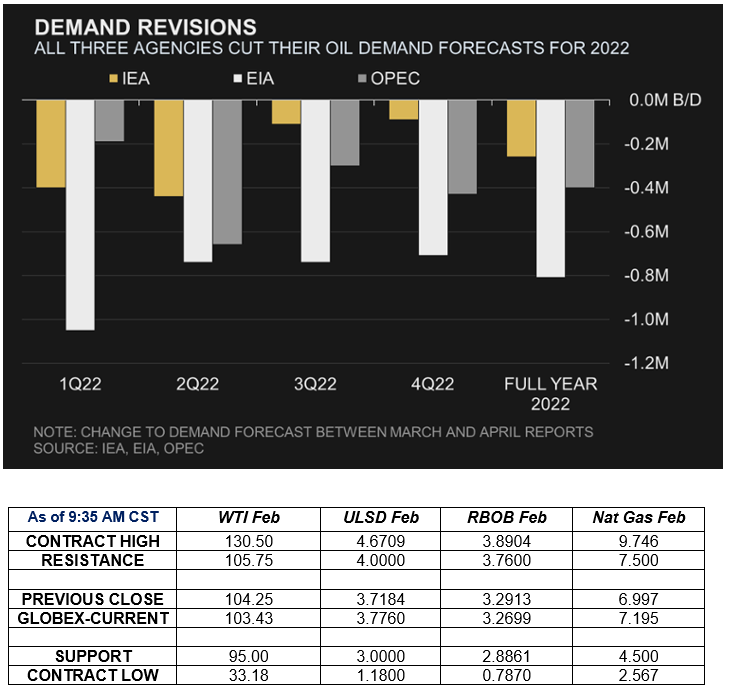