Outlook: Energies are seeing a pullback across the board today fueled by profit-taking and the dollar index reaching a 2 year high. Despite the losses across the complex, energy headlines remain bullish. Oil production remains a long-term concern with OPEC+ slipping to 154% compliance of their production cut last month. This struggle looks to continue with Libya experiencing around half a million barrels per day disruption due to political protests. Sanctions against Russia are proving to disrupt their revenue stream with an estimated $181 million dollars lost due to a drop in exports last week. This number will grow if the European Union moves forward with an embargo on Russian energy. This proposal has been drafted, but the details regarding the pace at which they’d move away from the product remain unknown. This will be a significant market mover if they move swiftly against their largest supplier and we could see another significant jump in volatility due to the magnitude of supply being disrupted.

NG Forward Curve: Natural gas has seen a substantial shift in its forward curve over the last month. The US announced efforts to increase production and exports to aid Europe in its transition away from Russian supply and we’ve seen NG set new contract highs throughout the curve. 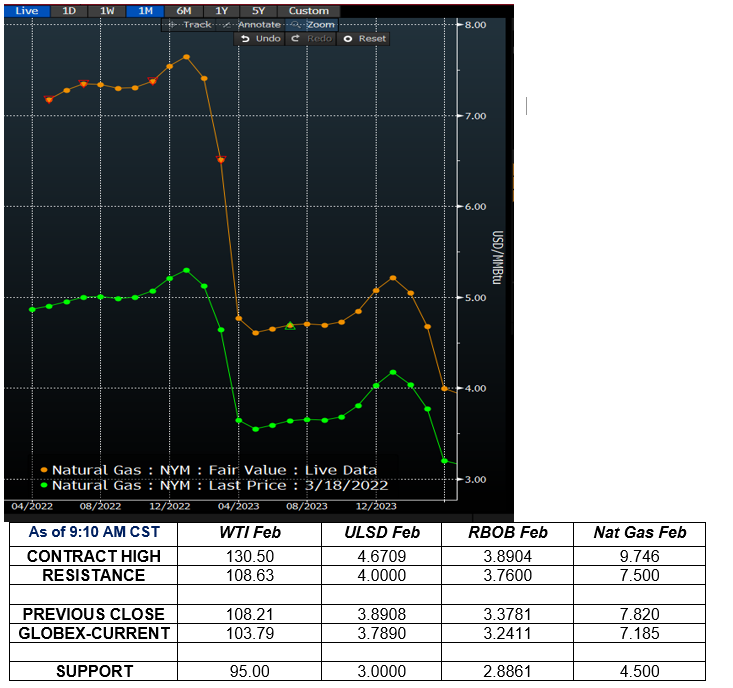