Outlook: Energies are bouncing back today after yesterday’s losses. Natural gas is the exception as it started out higher, but has moved lower as American traders got to their desks. Europe may look to put further sanctions and may even extend the sanctions to a ban on Russian oil and products following France’s election next week. If that happens it would displace 4 million barrels per day as there are very few logistical plans that could even start to remedy that type of disruption. OPEC has made it clear that they do not think the market needs more production. All this has combined to create a large bullish sentiment. JP Morgan estimates that this type of disruption could push oil well beyond all-time highs to $185 per barrel. 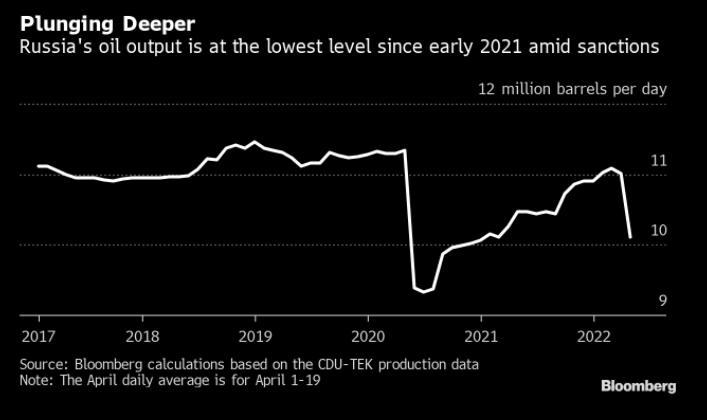