Outlook: Energies have bounced higher this morning ahead of this week’s EIA report and the conclusion of the FED meeting. The fed is expected to announce a one-half percent rate hike in an effort to limit inflation and stabilize the economy, which saw a decline in the first quarter. The second consecutive quarter of decline and the economy is officially in a rescission. Several of Russia’s export markets that are still open would like to see a further discount as taking the product is still very unpopular in western countries. Chinese demand appears to be turning the corner as their Covid lockdowns near their end and the severity is eased.

Crude Inventories: Despite large releases from the SPR the US continues to reduce its available inventory. The trend is still lower and lower inventories. There are very few new drilling projects getting started. The drilled but uncompleted wells continue to drop as they expire. Production has not returned to the oil market and it does not appear that there is an immediate plan to start the process. 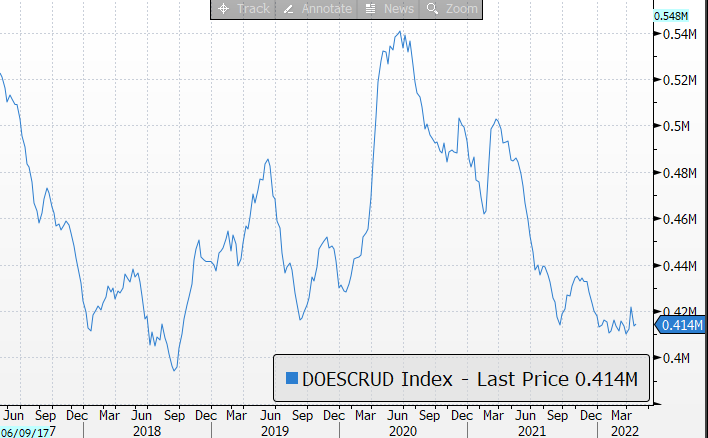