Outlook: WTI crude has jumped to its highest levels since March as the bullish run this week continues. Energies have seen a boost this week following the EU announcing its proposal to phase out Russian crude and refined products by the end of 2022. Crude is seeing an additional bump today after the US reported they will seek to buy 60 million barrels of oil this fall to replenish the Strategic Petroleum Reserve. OPEC+ has remained steady with their production targets each month however they have not remained steady in meeting these targets. Operable capacity is an ongoing concern and will likely be a limiting factor in OPEC providing relief in the absence of Russian oil. US production was unchanged last week alongside a decrease in refinery utilization. The US continues to export crude and products while domestic inventories plunge, and prices steadily climb. Oil has surged more than 40% this year and the tightening supply environment appears to have no end in sight.

OPEC+ Production: OPEC concluded their meeting today and is moving forward with a 432,000 bpd production increase for June. OPEC members have struggled to increase production with various struggles due to limited spare capacity. With Russian barrels leaving the market, it does not appear OPEC has the operable capacity to pick up the slack. 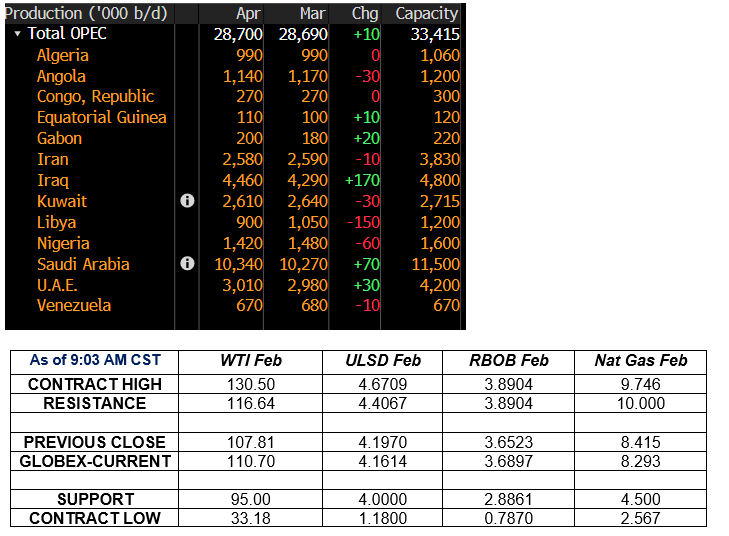