Outlook: Energies are higher this morning and received a bump higher after the US CPI number was released at 7:30 am cst. Despite very high prices the demand in the US is still strong and incentivizing drilling and refining. Europe was surprised today as Ukraine shut down on of the largest Natural Gas transit flows, cutting Europe by nearly ¼ of its supply. Chinese demand is starting to get some positive news as Covid case numbers were lower across the country and could signal a return from lockdowns is coming soon.

Crack Profitability: The 3-2-1 crack spread has jumped to record highs as the price of products continues to soar. The consumer’s ability and willingness to pay has resulted in record prices at the pump and record profits for the companies refining the products. 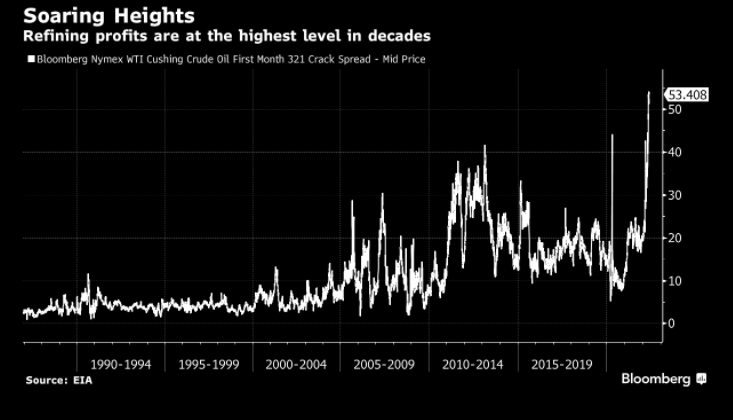