Outlook: Energies are going back and forth a bit this morning and at the moment are slightly higher. Diesel once again is pulling back in favor of gas as the spread gets wider. Natural gas is up big to start the week as all remaining contract months for 2022 are trading above $8. Global production and supply continue to be a big concern amid continued fighting in Russia and Ukraine. In contrast, propane has remained at lower levels and is suggesting that now may be a good time to buy for this coming year. The complex will likely look to the news for direction today and in the meantime could be a back and forth type of market.

Gas-Diesel Spread: As gas prices soar, diesel prices lag behind and RBOB is now trading at a premium to diesel. Since the beginning of May, there has been a near 90-cent swing in favor of RBOB. This is remarkable because refiners have not drastically switched to a diesel-focused product and diesel inventories are still massively lower than its five-year average. 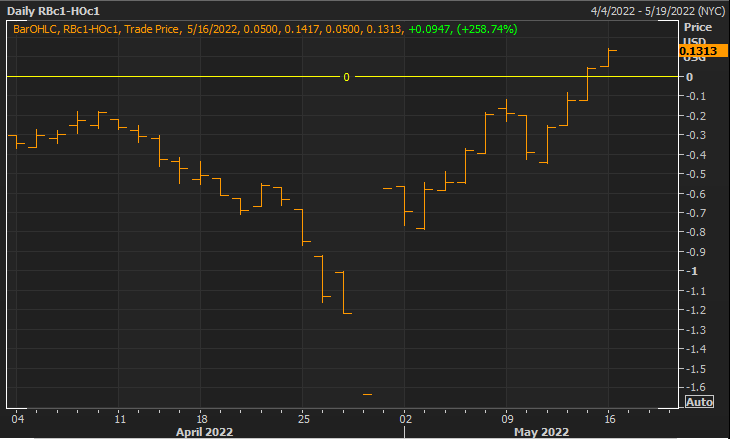