Outlook: Energies are mixed this morning again ahead of today’s EIA report that appears to lean bullish according to Reuters and the API. The market continues to see strength as China reenters the market and the US and other wealthy countries have yet to see widespread demand destruction. The US government continues to search for alternative plans to increase oil supply with no signs of a solution. The world is short supply, and each week sees the SPR and other inventory reports move lower. This leads to further support in the market.

Prices at the Pump: Every state in the country is now seeing the average price at the pump over $4 and rising. The gas market will continue to raise its price until consumers can no longer afford to fill up their tanks and cut down their driving. That number is currently unknown, but as inflation and interest rates hit the wallets of Americans the number gets closer. 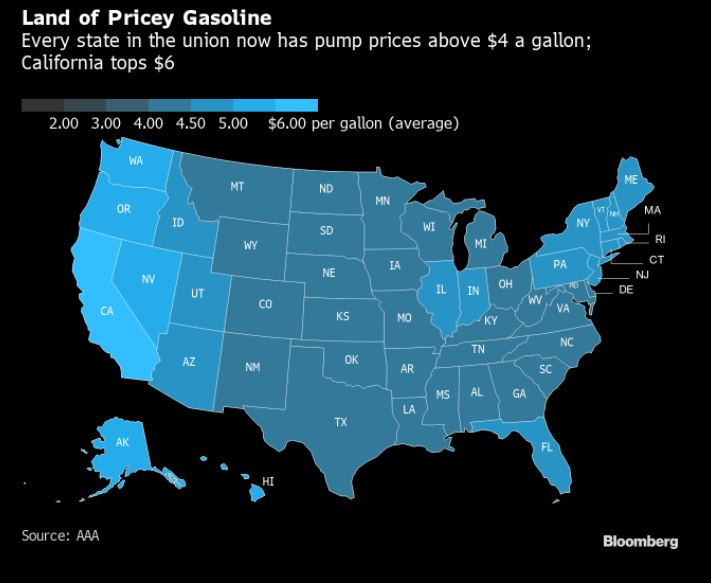