Outlook: The market is up today following yesterday’s up and down pattern. The news of a ban on Russian oil imports and potential production increases is still fresh. Today we are looking ahead to tomorrow’s delayed inventory report due to the Memorial Day Holiday. The trend has been decreasing inventories despite higher prices. The gas and diesel implied demand will be important numbers to keep an eye on as they are likely the first signs of demand destruction.

Russian Oil Discount: As Russia faces more and more scrutiny for its invasion of Ukraine countries are less keen on buying Urals (the Russian Crude Oil).  This has led Russia to sell Urals at a discount and that discount keeps growing. Currently, a barrel of Ural crude is trading at around a $40 discount to Brent crude. 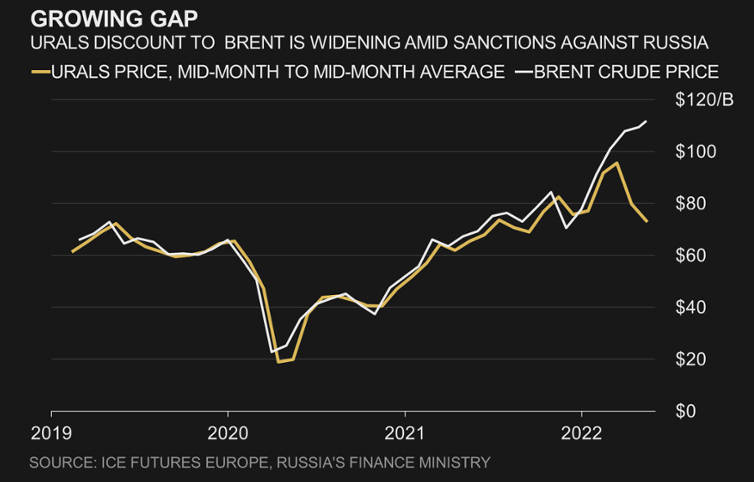