Outlook: Crude and products are mixed to start the day amidst clashing headlines. Multiple reports surrounding OPEC+ have helped push markets in both directions over the last two days. Yesterday multiple sources said OPEC+ was considering removing Russia’s output from their production quotas. This spurred comments from Saudi Arabia stating they would be willing to increase production if Russian output dropped substantially due to sanctions. OPEC did not discuss the mentioned proposal during their technical meeting. OPEC+ did decide to increase their production target for July to 648,000 barrels in today’s meeting. OPEC+ may be acknowledging global oil shortfalls due to Russian sanctions, which is something they’ve shied away from previously. China is slowly unwinding its covid lockdowns which are receiving relatively low attention with the flood of market-moving headlines this week. An increase in demand figures in China will offer another opportunity for the market to grab on as business and travel progress towards normal. The EIA will release its inventory report today at 9:30 CST. The API and Reuters estimates expect over a 1 million barrel draw in crude stocks for last week. Diesel is expected to build, while gasoline estimates are mixed. 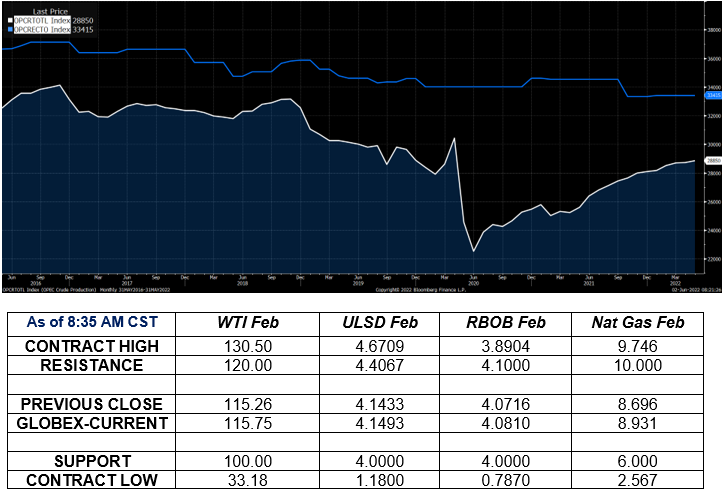