Outlook: Energies are looking to edge higher today to cap off another volatile week. The market saw a plethora of bullish headlines this week which had crude testing $120. It has since backed off its highs and settled in around $117. Markets were propelled by the EU oil embargo and news of Shanghai lifting lockdowns to start the week. OPEC+ announced they would increase their production target for July, but overall, the increase was underwhelming pushing markets higher. US inventories saw another week of declines in this week’s inventory report recording a net draw of 4.8 million barrels of petroleum products. Demand also saw growth in both diesel and gasoline despite surging prices. Despite a week of bullish headlines and fundamentals, the health of the economy and the threat of recession is still acting to keep a lid on breakouts.

Continuous RBOB: Nearby RBOB continues to set new contract highs as demand climbs and supply dwindles. Along with moves in the futures market, basis levels are also climbing with 12 and 13 cent weekly gains in group 3 and Chicago respectively. Prices at the pump could test $5 next week with the national average currently at $4.761. 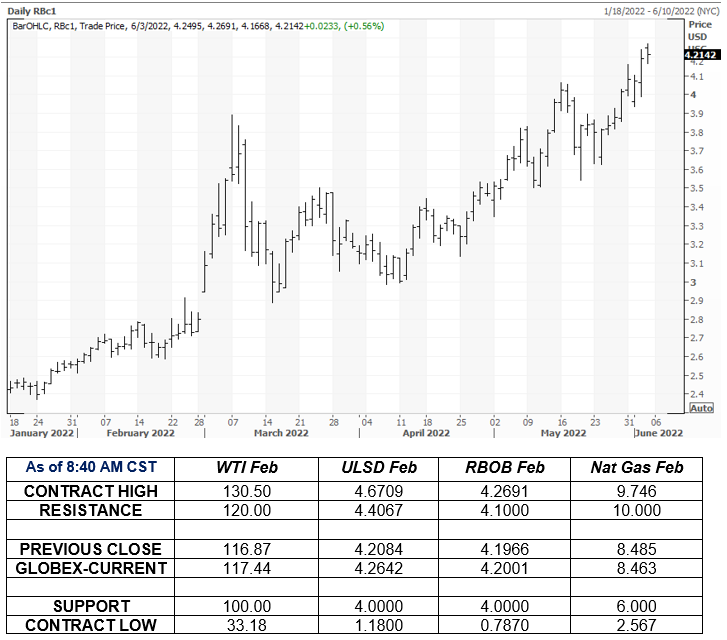