6-6-22 Energies Higher to Start the Week

Outlook: Energies are trading higher this morning as Saudi Arabia increases their prices in Asia. This is showing that the oil giant believes the market has room to move higher without demand being hurt. Meanwhile, consumers are faced with record-high prices at the pump all around the world. Demand has yet to give in and prices will continue to push higher until they find that point.

Asian Diesel Crack: The profitability of refining oil into diesel in Asia has taken off as the end of the lockdowns start. This comes even as the price of oil has taken off. 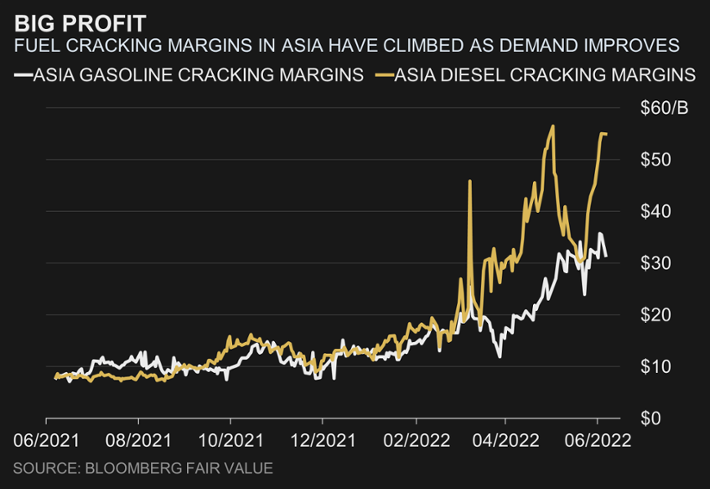