Outlook: Energies started the morning off higher setting new contract highs along the curve for crude oil. Since American traders have arrived at work the market has moved closer to even with crude still positive and products being slightly lower. The EIA will release its inventory report this morning at 9:30 am CST. The market has been testing the $120 mark for most of the last week as global leaders raise their price predictions looking forward. Demand looks to build some steam as Beijing only recorded 2 new cases of Covid and other parts of the country ease up on lockdowns.

US Dollar Strength: Typically, a strong US dollar means weaker commodities. This year the two have climbed in unison. This means that the American consumer is seeing high prices but the global consumer is seeing prices soar past records set in 2008. India for example is paying 45% more than it did when Brent crude was $147.50. 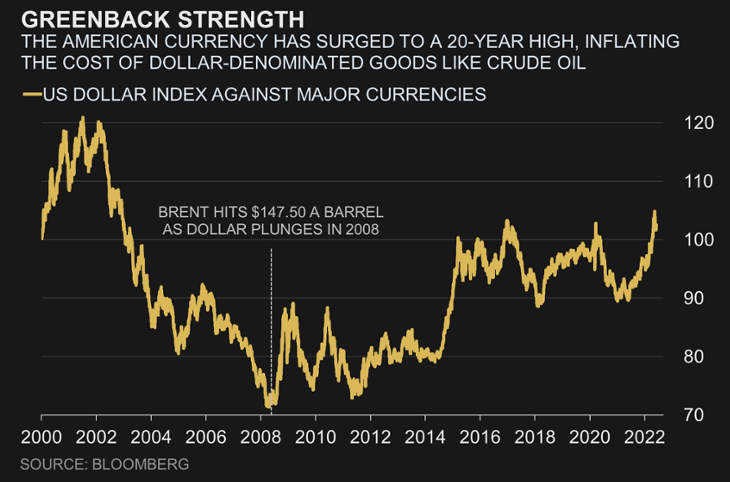