Outlook: Energies are lower this morning as equities turn down sharply. That combined with a strong US dollar has driven commodities lower to start the week. News in the energy complex is still bullish outside of Chinese lockdowns. Lack of production still has a very strong grip on the world supply and does not have an easy solution in the near-term.

Rig Counts: Baker Hughes rig counts continue their steady increase week over week. The problem is that the increases are not coming fast enough, and production has fallen drastically behind demand. The result has been large price increases. 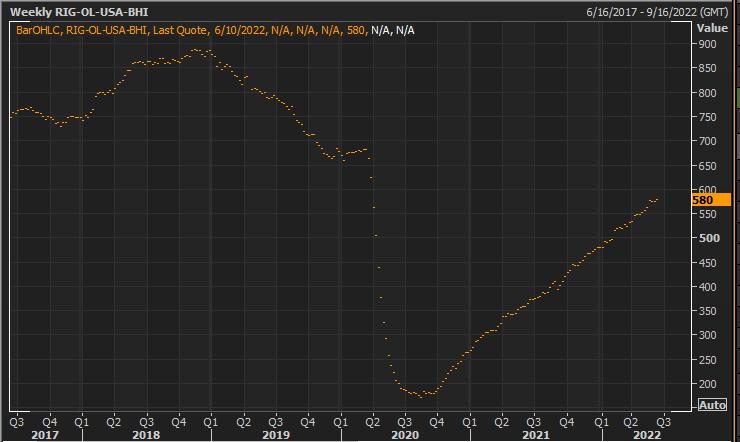