Outlook: Energies are mixed to start the morning with diesel and natural gas higher while crude and gasoline are lower. President Biden’s comments yesterday swung the energy market lower. While the delayed repairs in Freeport moved the natural gas market steeply lower. The market will look for direction today from the 9:30 EIA report and the FED announcement at 2:00 pm today. The FED is expected to raise interest rate hikes by 75 bps.

OPEC+ Compliance: OPEC+ has been announcing production increases to provide more oil to the market. In reality, they have failed to deliver on those commitments and their compliance rates have risen as a result. There is a lot of doubt that the oil union can actually produce at the lofty goals it has set for itself with the current infrastructure state. 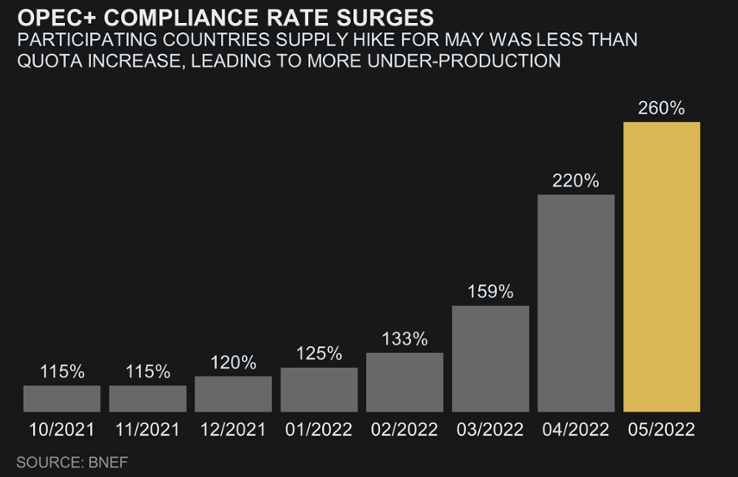