Outlook: Energies are continuing their slide this morning after the Federal Reserve announced a 75 basis point increase in interest rates yesterday. This marked the largest rate increase since 1994 and raises overall concern about the health of the economy. The EIA reported a surprise build in crude inventories last week however it was accompanied by a 7.7 million barrel draw out of the SPR. US Production also rose back to 12 million bpd for the first time in two years which may have helped fuel the selloff. Propane saw a 1.5 million barrels build with Midwest inventories increasing by 1.1 million barrels. Markets were off slightly following the report and may present an opportunity for layering in hedges for fall and winter gallons. Overall, the energy complex saw a net draw of 2.7 million barrels, and the fundamentals of the market continue to tighten.

Retail Gas Prices: Top oil refiners are on course to hit $10 billion in profits this quarter. JPMorgan said with little prospect for any near-term boost in output, this flurry of pricing could go on for years, barring an economic crash. With hurricane season looming, any further supply disruption could bolster prices even higher. 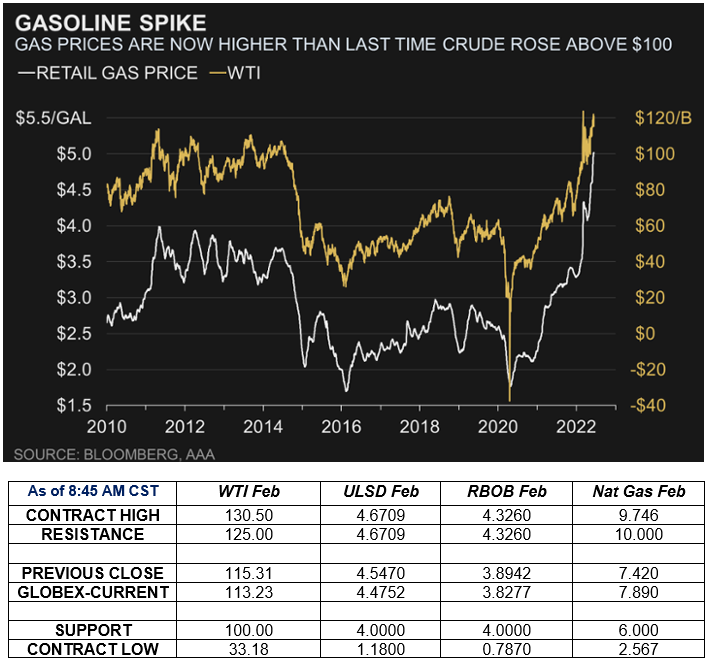