Outlook: Energies are down sharply this morning as more economic concerns grip the market. A potential GAS Tax Holiday could be considered a sign of recession. In addition, interest rate hikes as well as the FED and US Government’s efforts to get inflation under control are still weighing heavy on the market and have allowed prices to slide. The decreased volume due to high volatility makes the situation worse as big moves are more likely to happen with fewer players in the market.

Refinery Margins: With the run-up in commodities, Gas and Diesel have swelled even more than crude. This has resulted in extreme profitability in the refining process as it relates to the price of crude oil. 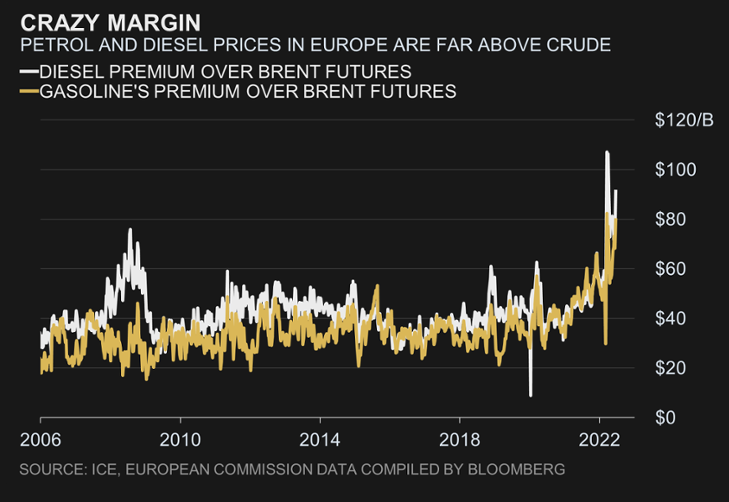