Outlook: Crude and products are edging higher to start the morning. Recession concerns continue to dominate headlines with the Biden administration proposing a gas tax holiday and Fed Chair Jerome Powell talking about a weak economic outlook. Powell also noted that a soft landing will be very challenging as interest rates continue to climb. Oil headlines have taken a backseat with significant outages in Libya having little effect on the market. There is also speculation that China and India are buying more Russian products than previously believed meaning the global market supply has increased. In the past 10 days, three Russian cargoes have disappeared from vessel-tracking systems where it’s believed they’re transferring consignments into other vessels. Domestic inventory estimates have a wide range ahead of the EIA report. The EIA report has been further delayed due to a system error and it’s unclear when the data will be published. 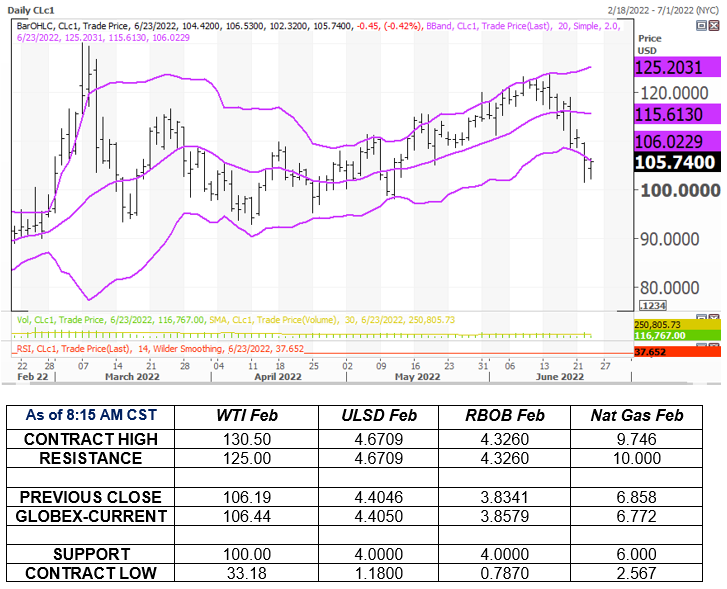