Outlook: Energies have seen back and forth action this morning and are currently mixed with oil being higher and products being slightly lower. Overall recession fears and bullish fundamentals have the market wrestling to find its direction moving forward. Global shortages have driven prices higher and production has not increased to meet the growing demand as economies recover following the pandemic.

Russian Seaborn Oil Exports: Exports from Russia to Asia decrease this past month from 60% to 50%. IT has become relatively clear to the G-7 that the oil embargo is hurting the counties imposing it more than Russia, the country the embargo is on. If Russia continues to find easy places to send its oil that could spell worse news for the Western countries that have shunned the Ural. 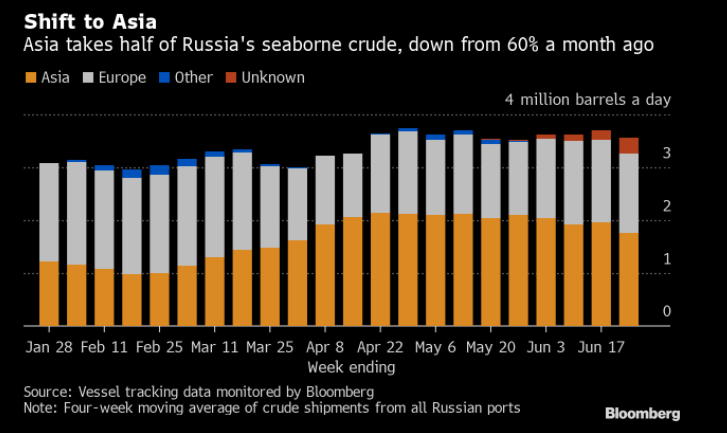