Energy markets will halt early on Monday at 1:30 CST in observance of Independence Day. Our office will not be readily staffed however, we will be available by email if needed.

Outlook: Energies are looking to rebound today following the significant sell-off yesterday. The tug-of-war between supply disruptions and economic slowdown continues with further disruption headlines pushing markets higher to start the morning. Libya continues to see supply disruptions due to protests while other OPEC+ members question spare capacity availability. Natural gas is also rebounding this morning after another hiccup at the Freeport facility combined with a larger-than-expected inventory build sent prices below six dollars for the first time since April. Propane markets have slid with the selloffs in crude and have provided buying opportunities for covering fall and winter gallons. Volatility across energy remains elevated pushing traders out of the market which has allowed for large price swings. From a hedging perspective, keeping a tight DPR during high volatility is crucial for securing profits.

OPEC+ Production: The 19 countries participating in the OPEC+ oil supply cut deal have raised their crude output by 255,000 bpd in May. This marked the first month that output has increased since February. Due to underproduction, the group’s supply deficit has grown to 2.77 million barrels below their output target. 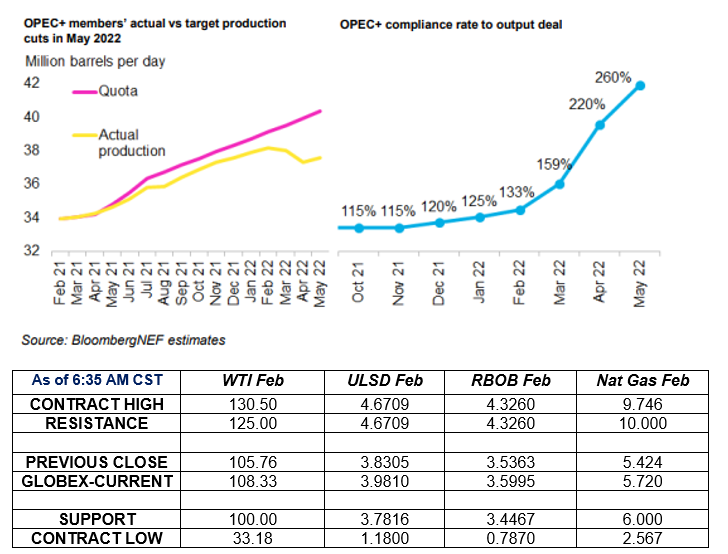