Outlook: Energies selling off this morning with crude and diesel down 5% and gas down 3%. With softer economic data being reported overseas, global recession fears have hopped in the driver’s seat. The US dollar index has once again pushed up to 20-year highs while the DJIA and S&P are down 2% this morning. Citigroup Inc made the statement that oil could fall as low as $65 if the recession significantly affects demand. OPEC’s secretary-general also commented on Iran and Venezuela saying that eased sanctions could quickly help the tightening supply situation. Supply threats will act as support through the selloff with Norway expected to reduce output by 130,000 bpd tomorrow and Libya declaring force majeure due to ongoing protests. Inventory data will be released a day later due to the holiday with the API reporting at 3:30 CST on Wednesday and the EIA reporting at 9:30 CST on Thursday.

Retail Gas Prices: Retail gas prices have fallen for 21 consecutive days which is the longest losing streak since April 2020. Gasoline consumption last week was at its lowest seasonally since 2014 according to EIA data. Inventories have built by more than 4 million barrels over the past two weeks when they typically decline during this time period. 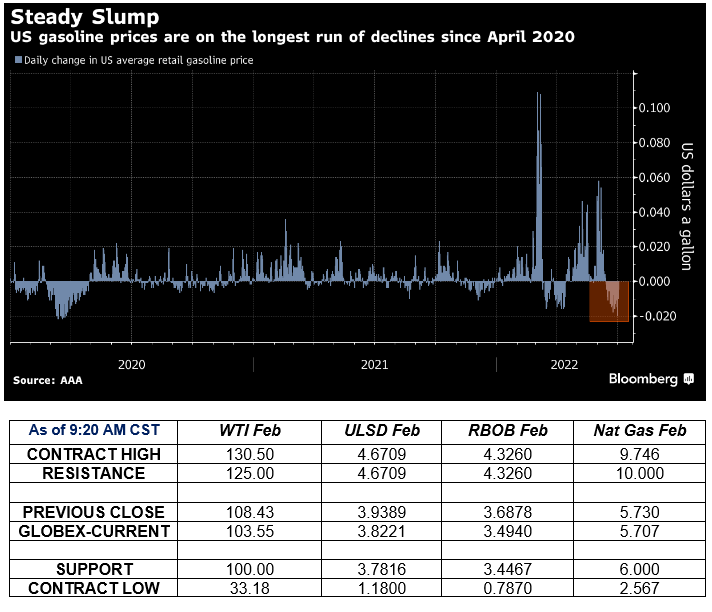