Outlook: Energies are rebounding to start the morning after two days of significant selloffs. Buying is likely coming back into the market with oil and products in oversold territory after the declines to start the week. The market is still trading between recession fears and supply fundamentals as it looks to find firm ground to stand on. Shanghai is once again at risk for another lockdown if covid cases persist but conversely is considering a $220 billion dollar stimulus deal to bolster their economy. The EIA will report inventories this morning. The API survey showed a build of 3.8 million barrels in crude which is likely fueled by SPR releases, while products both showed draws. Demand will be a growing focus over the next several reports as peak driving season is underway amidst elevated prices and questions regarding demand destruction.

Total Oil Products Supplied: Products supplied are an indicator of US demand excluding exports. Total oil product demand remains in line with seasonal averages however any sign of decline will be closely monitored as the threat of recession looms. 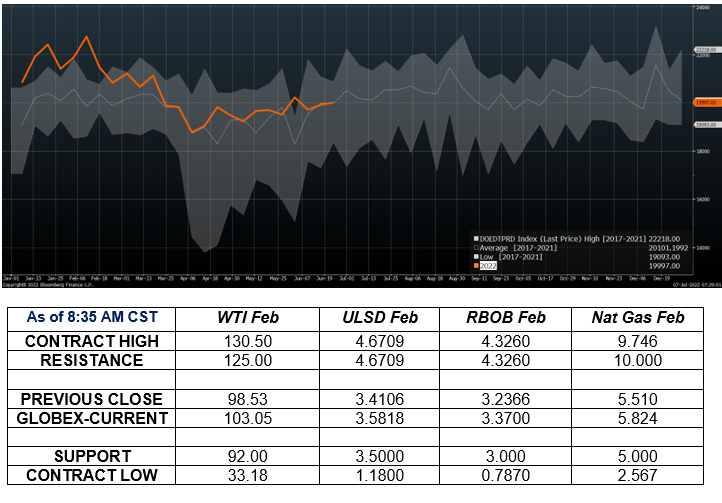