Outlook: Energies are mixed this morning with crude seeing gains while products lag behind. Despite the rebound, oil is on pace for a weekly loss as recession concerns caused a steep selloff to start the week. Supply concerns persist with Russia ordering the Caspian pipeline to cease flows this week due to violations in their spillage prevention plan. The pipeline supplies around 1% of global oil however an appeal is set for July 11th and flows remain steady for the time being. The EIA reported inventories yesterday which included a large build in crude with draws in products. Most notably, demand increased for both gas and diesel amid concerns of demand destruction due to elevated prices. It appears recession fears caused the market to overreact and buying has returned during the back half of the week.

Oil Spreads: The US prompt time spread closely reflects the supply and demand balance of the country’s largest storage hub in Cushing, Oklahoma. The nearby spread pushed to a high of $3.85 this week as stockpiles hover at levels considered to be a minimum requirement to maintain operation. Despite the recent selloffs, the backwardation in the market remains strong signaling tight supplies. 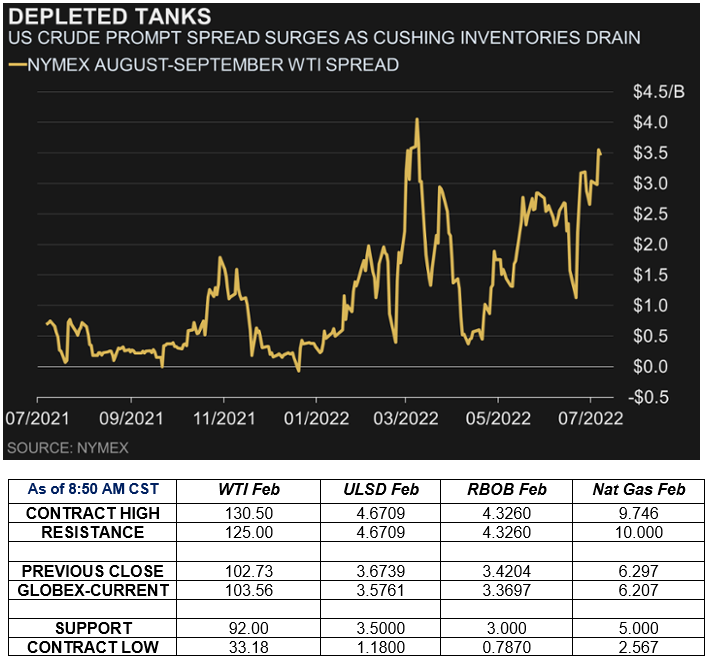