Outlook: Energies are falling this morning with WTI pushing below $100. Renewed lockdowns in China have set the markets sharply lower as mobility restrictions once again threaten demand. Adding to the downside move includes a strengthening US dollar and a reduced demand outlook from OPEC. OPEC expects demand to grow by 2.7 million barrels next year which is around 600,000 barrels less than in 2022. President Biden is in Saudi Arabia this week where he’s expected to push for greater oil production from OPEC. OPEC spare capacity has been in question after comments from the UAE said they were near max production which goes against conflicting data suggesting they have ~1.2 million barrels of spare capacity. The EIA will report inventories tomorrow morning while the API survey will be released this afternoon at 3:30 CST. Reuters is calling for draws in crude and gas and a build in diesel.

US Dollar Index: The US dollar continues to climb to multi-decade highs as inflation levels climb. A higher US dollar is bearish for commodities as it makes it more expensive to buy dollar-priced commodities for holders of other currencies. $109.670 is the next resistance level before we set our sights on $120 which we last saw in 2001 and early 2002. 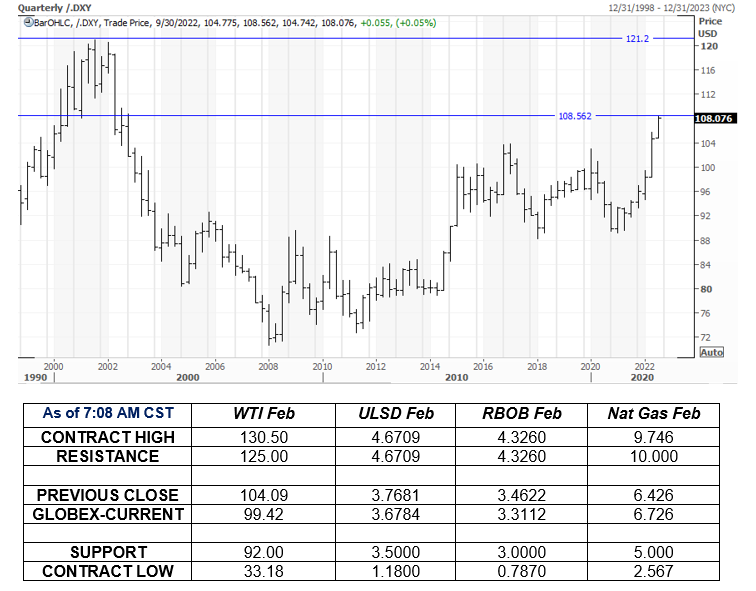