Outlook: Energies are mixed this morning after a big selloff yesterday as news surfaced that China was imposing more lockdowns on its citizens after more positive covid tests. Limited open interest and trade volume combine to create a very volatile market that makes big swings in both directions. The EIA will release its inventory report today at 9:30 am CT. The API is expecting big builds across oil and products. The long-term trend has been decreasing inventories due to demand increases. With these high prices, we may have seen those prices take a toll on demand.

Long-Term Oil Demand: While talks of a recession swirl around and consumers look to prepare the IEA says that global demand for oil will continue to increase. The global energy agency is predicting that by 2023 global demand will surpass the highest mark set in 2019 as the world recovers from the pandemic. 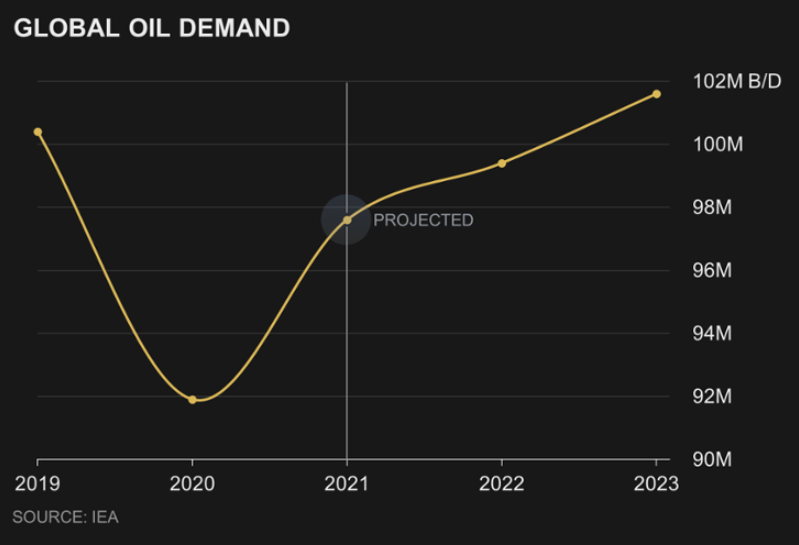