Outlook: Energies are higher this morning following yesterday’s big comeback to settle well above the 200-day moving average. Economic concerns have gripped the market over the last three weeks and crude is expecting another weekly loss as a result. The Fed announcement will be a big news story in the coming weeks as rumors will move the market if further aggressive interest rate hikes are implemented to tame inflation. President Biden is in Saudi Arabia and is not expected to leave with a commitment to further production. Meanwhile, Great Britain is in need of a new Prime Minister who will inherit a massive uphill challenge in the European energy crisis that looms large ahead of the coming winter.

US Crude Exports:  With the energy crisis in Europe American exports have been seeing more destinations across the Atlantic as opposed to the Pacific. With the conflict in Ukraine dragging on and tensions between Russia and Europe still at the forefront of the news we could continue to see exports increase to Europe. 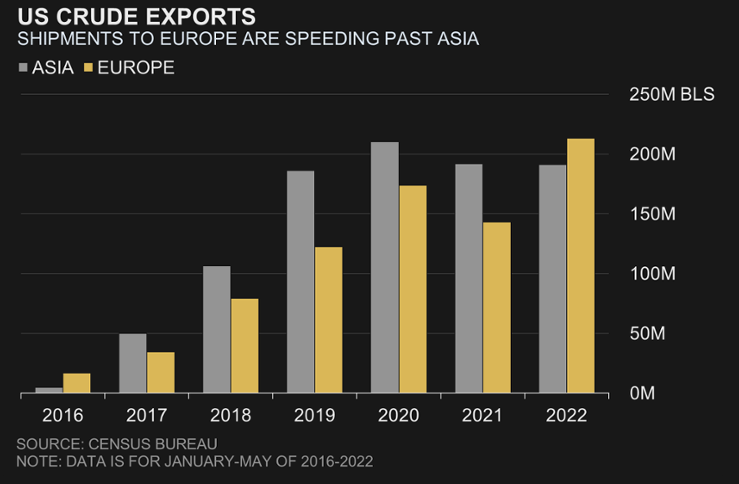