7-20 Energies Give Back Yesterday's Gains

Outlook: Energies are giving back the gains they made yesterday as President Biden is set to announce an executive order to fund green energy due to the energy crisis. The EIA will release its inventory report this morning at 9:30 am CT. China continues to buy oil from Saudi Arabia and Russia. Europe is working on potential solutions to the energy crisis across the Atlantic while Gazprom turns the Nordstream Pipeline back on at reduced and conditional levels.

Saudi Arabia Oil Production:  Saudi Arabia has been expressing to the world that its production capacity is maxed out despite leaders like President Biden repeatedly asking for more production. Historically it is worth noting that the country is at all-time high levels of output. This has led many in the industry to assume that this is the max capacity and that Saudi Arabia has extremely limited spare capacity. 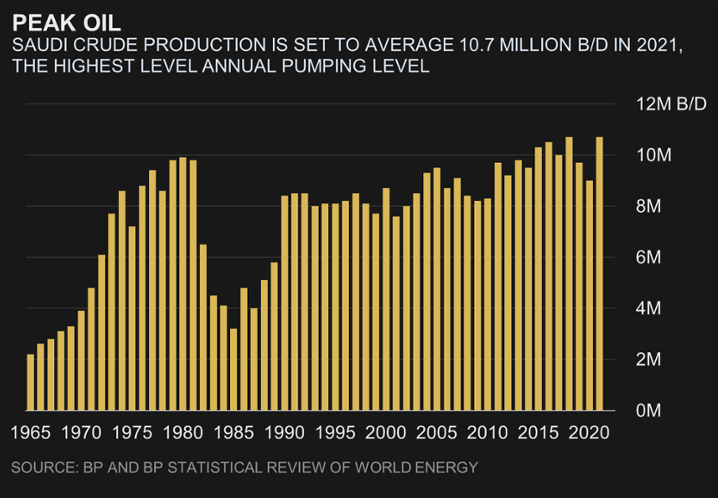