Outlook: Energies are higher to start the week but have come off of the highs. Tight fundamentals continue to wrestle with overall economic concerns and a looming FED announcement. Natural gas has recovered much of the losses seen after the Freeport export facility shut down. Hot weather across the US has increased demand as many homes need to cool due to the heat. Europe is fighting massive energy problems and is currently looking everywhere to cut back on consumption.

Prices at the Pump: The US consumer is starting to feel some relief at the pump as the national average price at the pump dipped below $4.50 per gallon. The question remains at what point does demand pick back up due to affordability. 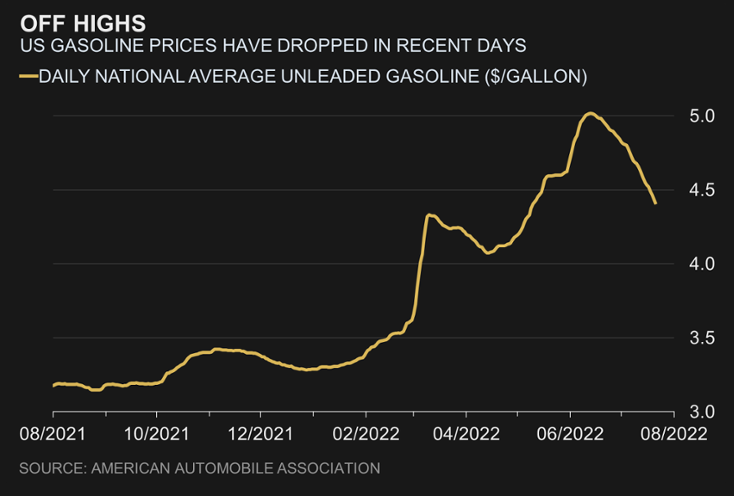