7-27 Energies Higher Ahead of EIA and Fed

August ULSD and RBOB futures expire Friday, July 29. Open positions need to be liquidated/rolled on Thursday, July 28, or prior.

Outlook: Energies are higher this morning ahead of the EIA report later in the morning and the FED announcement later this afternoon. Inventories are expected to fall. This could result in some bearish sentiment while a potential 75-point interest rate hike could temper some of the possible gains. Look for volatility and swings today as the market digests a lot of information.

Brent WTI Spread: The Brent WTI spread has widened out past $9 and continues to grow. Historically the spread has been near $2-$3 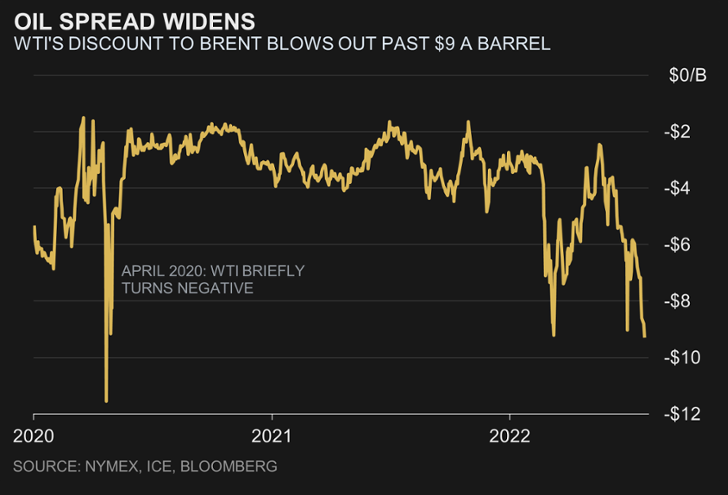