Outlook: Energies are mixed this morning with a lack of energy-related headlines. The headline for the day is macro news as US GDP declined for a second consecutive quarter. Equities and commodities have been relatively unaffected since the report was released. The focus in energy this week has been the tightening supply which was reinforced by yesterday’s EIA report. Record exports and falling refinery runs allowed for draws across the board. Crude inventories including the SPR have fallen below 900 million barrels for the first time since 2004. Shell’s CEO expressed concern over demand growth which still has ground to make up compared to 2019 levels and how that could further pressure inventories. Recessionary threats may temporarily halt demand growth but eventually, we should see a return to pre-covid levels. 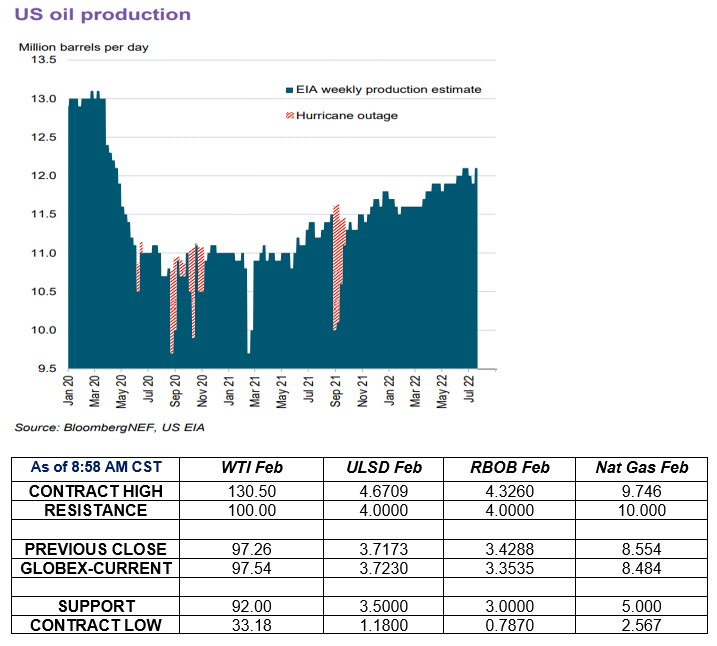